Nursing is known to be a very responsible profession. An on-duty nurse has to stay alert and mentally active in order responsibly fulfill its duties. But the biggest issue is that nurses are humans and humans can make mistakes. Any type of professional mistake can result in the lawsuit filed by the patient who got affected due to that mistake. In order to protect themselves against such situation, almost all of the nurses try to seek refuge under the malpractice insurance for nurses.

Need for a malpractice insurance

Nursing is not an easy profession as most of the nurses have to work under stressful conditions. Half of the nurses have to work inside the OT or ER and see the patients in their worst condition while the other half have to perform their duties throughout the night. In such a case, every nurse is afraid of committing a mistake but most of the mistakes are not committed deliberately. Malpractice insurance is the only protective measure that protects these nurses from the lawsuits filed by disgruntled patients or the registration board for nurses. 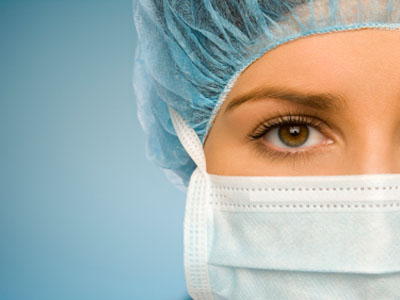 Sometimes employers also offer the malpractice insurance coverage for their nurses but most of the times these insurance plans are not enough for these nurses. You see, whenever any lawsuit is filed against any nurse and she has to fight it; things get very expensive. Bearing the court fee, the attorney costs and all the other related items and if the nurse loses the case then having to pay the claim; all these items prove to be a very heavy financial burden. In such a case, the insurance coverage provided by the employer might not be enough for any nurse so it’s best to get an individual malpractice insurance plan.

What is meant by malpractice in nursing profession?

Nursing malpractice is also a branch of medical malpractice as the nurses almost share the same or in some cases, more responsibilities than the doctors. If a nurse failed to perform any of her responsibilities such as she ignored that patient is showing the signs of distress, or she forgot to feed medicine to any particular patient and her behavior resulted in any type of damage to the patient then she could be sued for such negligence.

There are some theories that are not true regarding the malpractice insurance. There is a common understanding among the nurses that only the inexperienced nurses might need to get coverage under this insurance plan. Even the professionally expert people can make mistakes sometimes and can face lawsuit for their mistake. Malpractice insurance is for every nurse or medical professional because anyone can be sued.

Next thing that most of the nurses ignore that if they do get sued and lose the lawsuit then they would have to pay a very heavy amount to settle the claim. Paying such heavy amount is mostly outside the budget of a common nurse so it’s best to get coverage under malpractice insurance in order to avoid such heavy financial blow.